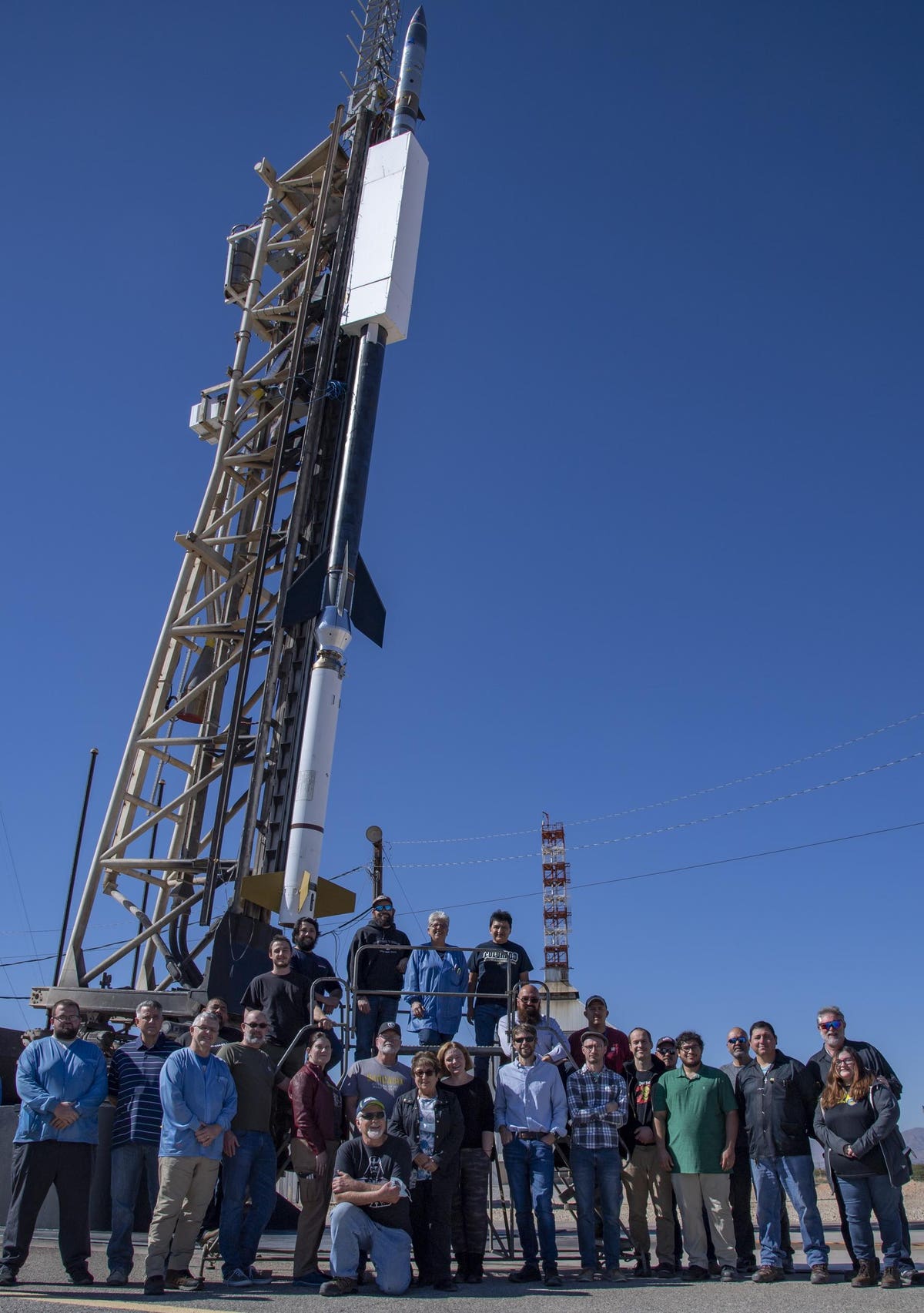 Sounding rocket technology based on captured World War II-era, German V-2 missiles is not only still relevant 75 years later but is now on the cutting edge of astrobiology and exoplanetary exploration.

A NASA-funded team lead by the University of Colorado in Boulder (U.C. Boulder) will this summer launch another two sounding rockets equipped with half-meter optical telescopes to determine whether our nearest stellar neighbors have inner solar systems that could support life.

The U.C. Boulder teams are specifically targeting nearby stars Alpha Centauri A & B, in hopes of characterizing their stellar ultraviolet environment to determine if such stars’ hypothetical habitable zones could be suitable for life.

The aim is an ongoing sounding rocket campaign to determine if spectral type F, G and K stars —- the ones most like our own Sun —- would be so active even in full maturity that they would strip any planets they might harbor in their inner solar system of their atmospheres on time periods of a few million years.

Here in our own solar system, NASA’s MAVEN mission to Mars ultimately determined that our own young Sun’s energetic protons stripped our red planet of almost all its atmosphere within a few hundred million years. Earth is protected by a very robust magnetic field, but Mars was never able to maintain a global magnetic field for long.

U.C. Boulder astrophysicist Kevin France and colleagues will this summer be traveling to a new launch site in northern Australia to send several 60-foot sounding rockets some 280 kms into sub orbit.

Including a new scientific payload, each launch has a cost of about $2.5 million, France, NASA’s Campaign Scientist for the Australia launches, told me in his office. In Australia, he and colleagues will use a far ultraviolet spectrograph instrument to investigate the high-energy environment around two of our closest stars.

We’re going to essentially observe the full ultraviolet spectrum of Alpha Centauri A & B at wavelengths that the Hubble Space Telescope doesn’t observe, says France. “Right now, we don’t have any firm evidence that there’s actually planet around either [Alpha Centauri A or B],” said France.

We’re not looking for planets; we’re basically understanding the stellar host environment to see how active it is; then how that would impact the evolution of life, says France.

“Just having a planet there is only part of the game; it has to be a planet that has its atmosphere,” said France.

In the last decade, new technology on the sounding rockets have allowed for incredible control of the onboard telescope’s pointing.

Today, we have star trackers with very precise gyros and real time control systems with little gas jets to keep everything stable, says France. The observations can be controlled from the ground using what amounts to a glorified video game, he says.

When we’re up over the atmosphere, there are high pressure jets on board which are part of the attitude control system that talks to the ground. We can line up the telescope with the target to make six to seven minutes of observations.

“In six-or-seven-minute increments, we can get measurements that we can’t make with Hubble,” said France.

As for why they’re called ‘sounding’ rockets?

That’s an old nautical term to measure the depth off a ship’s stern. The terminology is used now for sounding rockets because they just go up and touch the altitude and come back down there just sounding the space environment.

From launch to touchdown, the flights are about 20 minutes, says France. The rocket motors are single use, he notes, but the science payloads can be launched multiple times (typically 3-4) if they are recovered in good condition. It will land about 120 miles down range in the jungle somewhere, says France. But he notes that all their sounding rockets use parachutes and have GPS beacons.

The sounding rocket campaign’s aim is to determine whether the high-radiation environment around nearby sunlike stars would strip any potentially earthlike planets of their atmospheres on timescales of only a few million years. If so, our own planet may be an anomaly.

The James Webb Space Telescope (Webb) will be very important for telling us whether rocky planets around red dwarfs can hold onto their atmospheres or whether these planets’ atmospheres evaporate within a couple of million years, says France.

But doesn’t a planet’s magnetic field help it to hold onto its atmosphere?

“The question of magnetic fields and how much protection they provide for a planet is hotly debated,” said France. There is a conventional wisdom that says you must have a magnetic field to hold onto your atmosphere, he says. But France notes that there have been several studies in the last few years that indicate that, in some cases, the presence of a magnetic field can either help or hinder you.

What can we expect?

If Webb tells us that red dwarfs stars are not promising places to find habitable planets then we need to really need to double down on our efforts to develop the technology that allows us to go find and study the planets around g type stars, says France. G-spectral type stars like our own Sun, he says, may be the best bet for finding habitable planets.

And that, in turn, may ultimately explain why we are here to debate all this.

Letting the Sea Have Its Way | Hakai Magazine

Surprise! Snake And Spider Venom Aren’t Nearly as Sterile as We Thought

Fawad Khan gave me a tough time on Zindagi Gulzar Hai, it was a terrible experience: Sheheryar Munawar

Opinion | Why Republicans Love the Land of ‘Illiberal Democracy’